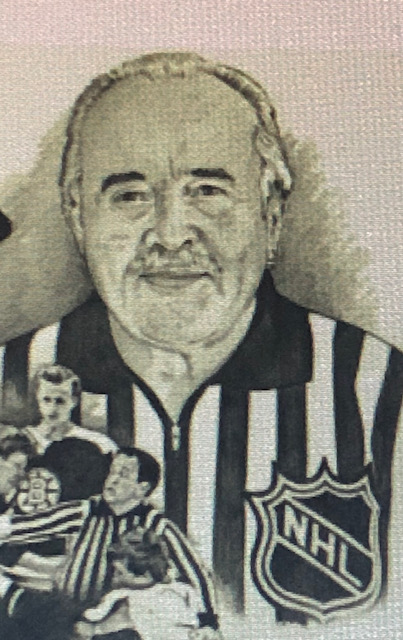 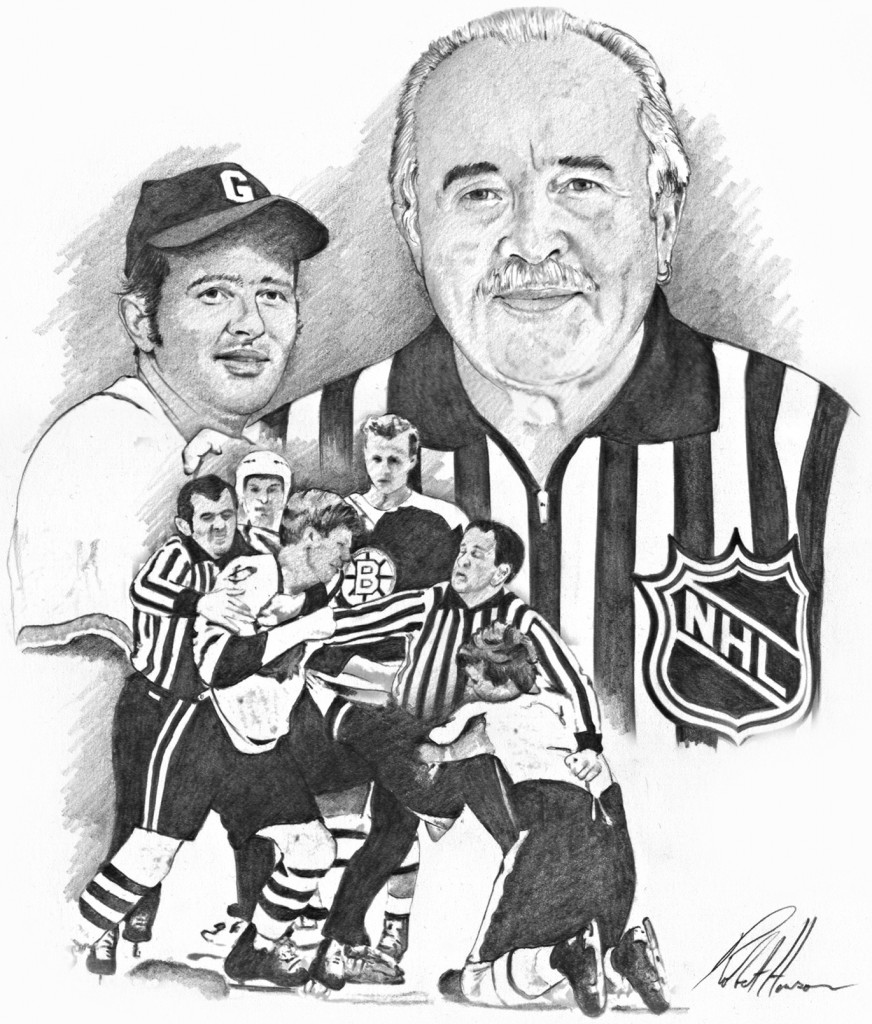 Guelph-born George Ashley had to have ice water in his veins.

Starting at the age of 16, he was called on to take on the big games in amateur and professional hockey over his officiating career. As part of the Guelph Hockey Referees Association, he worked over 200 minor hockey games in one season on his way to the National Hockey League.

The NHL called on his talents in 1966 and, over the next five years, he worked 245 regular season games and 19 playoff games. In 1967, he officiated in all seven games of the Central Hockey League finals and, a year later, all six games in the American Hockey League finals.

At the amateur level, he was also in demand.

He retired from the NHL in 1971 but continued to be the “go to” official when the big games hit the ice. In 1972, he was part of the officiating crew in the 1972 Memorial Cup final game.

The Guelph native was just as in demand on the ball fields. He played baseball up to the Inter County senior level and was the field manager when the Guelph CJOYs won the 1970 league championship.

He was also the first manager of the Guelph Ingrams of the Inter-City Fastball League, a popular team that made Friday nights a summertime tradition of packed stands and exciting fastball.

He still puts on his blades to officiate senior recreational hockey as well as umpiring recreational fastball and baseball leagues.