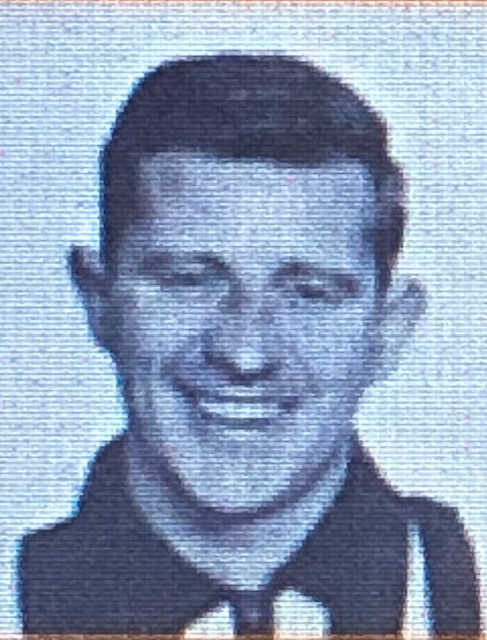 management position with the Halifax Herald to take over as managing director of the Sydney Post-record.

“I grew up in Sydney, in the Hardwood Hill area,” he said. “Parker Macdonald went to school with me at Colby. We played together from Grade 5 to Grade 7, and our greatest rival was Al Macneil over at St. Joseph’s, the Catholic school. I remember Emmett O’callaghan and John ( Junior) Hanna being at school then as well.”

Skating and hockey were a big part of life for a young boy back in those days, Shetler said, recalling the many long days spent racing up and down Sydney harbour.

“The harbour used to freeze solid back then. I remember going down to the harbour at 8 a.m. and my father would have to come looking for me at 7 p.m. at night. We just skated and skated.”

Shetler’s self-deprecating sense of humour has always been a hit with Admirals fans listening over the radio, and it surfaced quickly enough when he replied to a question about his strong points as a young hockey player.

“I liked to skate and I liked to fight,” he said. “I was a defenceman who couldn’t carry the puck from point A to point B, but in front of the net you’d be as annoying as you could be and protect your goaltender. And as soon as you got the puck, you’d get rid of it as quick as you could.”

As a student at Sydney Academy, Shetler played on the high school team in Grades 10, 11, 12 and 13, but said he played considerably more hockey at the midget, juvenile and junior levels.

Shetler’s break with Cape Breton came after high school when he was invited to try out for the Montreal Junior Canadiens. Things didn’t turn out the way he hoped, however.

“I was one of the last cuts from the camp,” he recalled. “I spoke only English and had red hair, so when I got there, they originally treated me like I was from outer space. The only way I got to be friends was by going out on the ice and proving myself.”

Being cut from the famed Junior Canadiens helped Shetler put things in perspective. He joined the Royal Canadian Air Force in 1954 and ended up playing hockey for the service’s overseas team, travelling to Europe and playing more than 200 games against European teams from 1960 to 1965.

Before crossing the Atlantic with the RCAF hockey team, Shetler had begun began working as a referee around Quebec in his spare time.

“There were two things that I loved. I loved to play the game, but with only six teams in the NHL, I realized my chances of playing in the league were nil. So I took up reffing (refereeing) and got my card in 1955.”

After coming home from Europe, Shetler began working Junior ‘B’ and Junior ‘A’ games in Ontario, with the highlight being a Memorial Cup final between Booby Orr’s Oshawa Generals and the Edmonton Oil Kings.

After that series, the NHL came calling. Impatient for a shot at the big leagues, Shetler entered the NHL as a linesman rather than wait for an opening to come up in the referee ranks.

There was one little catch, however. Shetler was still a member of the RCAF.

“Scotty Morrison, the NHL’S referee-in-chief, offered me a job,” he said. “I was honoured to be offered the job but I was still in the RCAF.”

This was a Wednesday and Shetler’s reply to the offer had to be received by the NHL by Friday. Thinking quickly, Shetler phoned his member of Parliament, Donald Macinnis, and asked for help. Of course, this was no cold call. Shetler knew just who he was dealing with.

“He was my coach in juvenile hockey and I had boxed for him as well,” said Shetler. “I told him I had an offer from the NHL and he said to leave it with him. Thursday, he phoned me from Paul Hellyer’s office and told me to phone Scotty right away.”

For readers unaware of their Canadian history, Hellyer was minister of national defence in Lester Pearson’s cabinet at the time as the man in charge of the nation’s armed forces, he was technically Shetler’s boss and had the power to release him from the air force with a minimum of muss and fuss.

“If it wasn’t for Donald Macinnis, I might not ever have made it to the NHL. That started it.”

From there, Shetler went on to officiate more than 600 NHL games, working Stanley Cup finals, quarter-finals and all-star games. In fact, one of the highlights of his officiating career came when he did lines for an allstar game at Maple Leaf Gardens during his first year in the league.

“I’ll never forget it. You’ve gone from nothing to the NHL,” he said.

Of course, the job wasn’t entirely without risk.

“The toughest fight I ever broke up was between Bobby Hull and John Ferguson,” he said. “I grabbed them both by the collar for about a minute. The next day, the French headline over the photo read ‘Bravo!’ and the photo beneath it had me climbing out from beneath them. I had almost gotten killed.”

But sometimes things were considerably less light-hearted, he added.

“I got clocked in Minnesota one night. The other linesman had the guy from Philly, but he threw the linesman to the ice. Behind my back, he corked the guy I was holding and then he corked me, cutting me for 23 stitches and breaking my nose. He was suspended for six games.

“The guy was Jim Dorey. The next game where Dorey played, he picked up the puck in the corner and passed it to me, saying ‘No harm done?’

“They had a lot of respect for you in those days.”