The veteran linesman recalls his experience that night in Tampa

Earlier this season, Linesman Scott Driscoll had the opportunity to attend the Medal of Honor Society’s Gala held in Tampa, FL.

He writes about his experience below:

In my 28 years as an NHL Linesman I have had some really amazing experiences on “off days” as I traveled through the League. These would include attending Saturday Night Live, eating lunch at the White House, touring Ground Zero only three weeks after 9/11, participating in law enforcement “ride alongs” with NHL Security Reps, visiting and befriending Tomb Guards at the Tomb of the Unknown Soldiers at Arlington National Cemetery, and finally my many visits with WW II Veterans and Museums throughout North America.

However nothing can compare to the experience I had on October 25th in Tampa. I was fortunate enough to attend the Medal of Honor Society’s Gala held at the Tampa Water Street Marriott. In one word it was “surreal!” Here’s the story of how it came to fruition and a little history of the Medal Of Honor Society.

The Medal of Honor Society was formed for several reasons but the primary objective was to educate and celebrate the heroism and patriotism the recipients embody. A yearly Convention began several years ago to bring together surviving recipients for a time of reflection and fellowship and community interaction. As the Medal of Honor is only awarded for military valor their numbers are dwindling. Currently there are only 77 living MOH Recipients. 46 attended the MOH Conference in Tampa including one WW II Recipient and a handful of Korean War Recipients. The rest were Recipients from the Vietnam War and the War on Terror.

The 46 attending Recipients were honored on the ice before the Pittsburgh Penguins vs Tampa Bay Lightning game on Oct 23rd. WWII Recipient Woody Williams dropped the ceremonial puck between Steven Stamkos and Sidney Crosby and it lit up the internet. That’s when I saw it and immediately contacted my former Wilfrid Laurier University Hockey Teammate Steve Griggs. He’s an executive with the Tampa Bay Lightning and they were a major sponsor of the Convention. Steve knew of my passion for WW II History and secured me a spot at his table at the MOH Gala being held on the Friday night.

The biggest event at the MOH Convention is their black tie Gala. At it the MOH Society honors ordinary citizens or military personnel that have gone above and beyond the call of duty in non-war times by providing extraordinary leadership or support to the Military.
There were over one thousand people in attendance and each table had a MOH Recipient at it. After the Recipients were introduced to a thunderous applause they were escorted to their tables by military cadets. The Recipient at the table I was at was 94 year old Korean War Veteran Hiroshi Miyamura. He was accompanied by his granddaughter Megan. Hiroshi upon joining our table showed us one of his Medal Of Honor challenge coins and said he had a trivia question. Whoever got the right answer first would receive the coin. His question… “What years did the Korean War take place in?” It wasn’t long before I uttered “1950 to 1953.” The coin was mine!!!!

Four awards were presented during the MOH Gala. They were presented to Retired Army General Joe Vogel, FOX reporter Catherine Herridge,  PTSD Dog donor Bobby Newman and the Bob Hope Award to Country Singer George Strait. George himself was in the US Army and it was while stationed in Hawaii in the early 1970’s he learned to play guitar and sing. He has been an ardent supporter of the Military and often at concerts gives away free homes to local Veterans. His award was presented by actor Gary Sinise, himself a previous winner. After accepting his award George Strait entertained the crowd by singing his signature song  “Amarillo by Morning.” The room was really rocking!

During the evening Steve introduced me to the CEO of the MOH Society Retired Major General Karl Horst. I told him of my passion for WW II and that I had lead a tour of 10 people to Normandy this past June to celebrate the 75th Anniversary of the D-Day landings. General Horst is also a WW II History buff had at one time commanded two of the Regiments that had in fact participated in Operation Overlord on D-Day. General Horst sought out Woody Williams so I could personally meet him and take a picture with this WW II Hero. He also had Woody sign a copy of the Medal Of Honor Book the next day and delivered it to me. I was like a kid on Christmas Morning.

I also introduced myself to General Joe Votel who had been recognized during the evening. In his speech Votel, a former US Army Ranger ended with “Rangers….lead the way!” I asked him if it was in reference to US Army General Norm Cota the 29th Division’s Assistant Divisional Commander on D-Day at Omaha Beach turning to a group of surviving Rangers that were part of the badly depleted troops on bloody Omaha after the landings were in shambles emploring them to “Lead the way up the bluffs!” Indeed it was as once again I had impressed a General with my WW II knowledge having been at the exact location on Omaha Beach where this had occurred.

After the evening wrapped up I went to my room and watched the Netflix series Medal Of Honor because Hiroshi’s story was Season 1 Episode 4. I was mesmerized by his heroic actions and enamored to believe I had been in his presence. I met Megan in the lobby the next day and she had her Grandfather sign the MOH Book as well as one about her Grandfather called “Forged in Fire.”

I’d like to thank Griggsy for setting up this amazing evening for me! I’d also like to thank Woody and Hiroshi for not only their bravery and heroism but for taking the time to talk to me and signing the MOH Book. A huge thank you to my “New Best Friend” General Karl Horst for arranging the meeting with Woody and the MOH Book. I will treasure the Book as well as the memories of the most extraordinary evening I’ve had in my 28 year NHL Career! 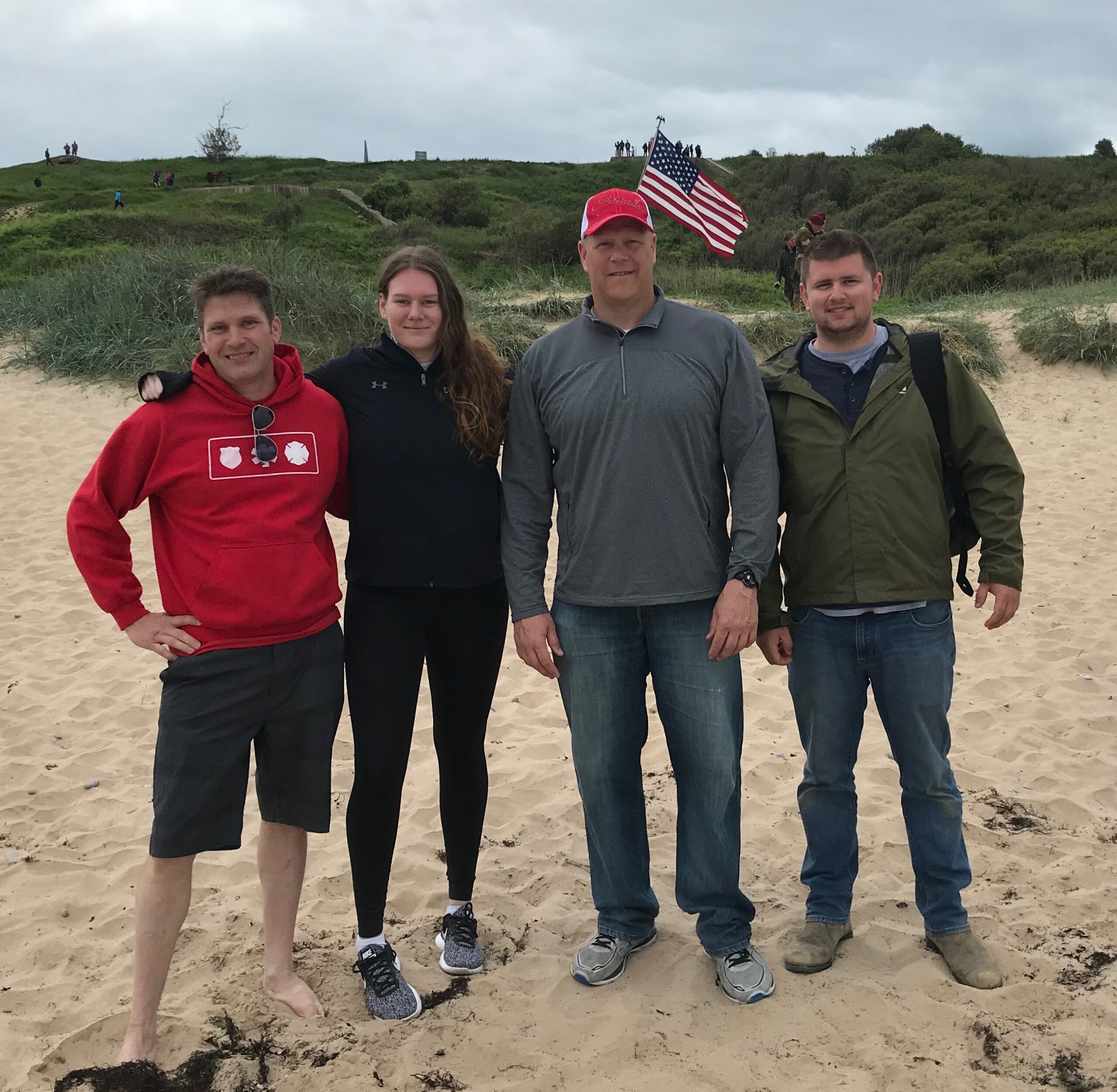 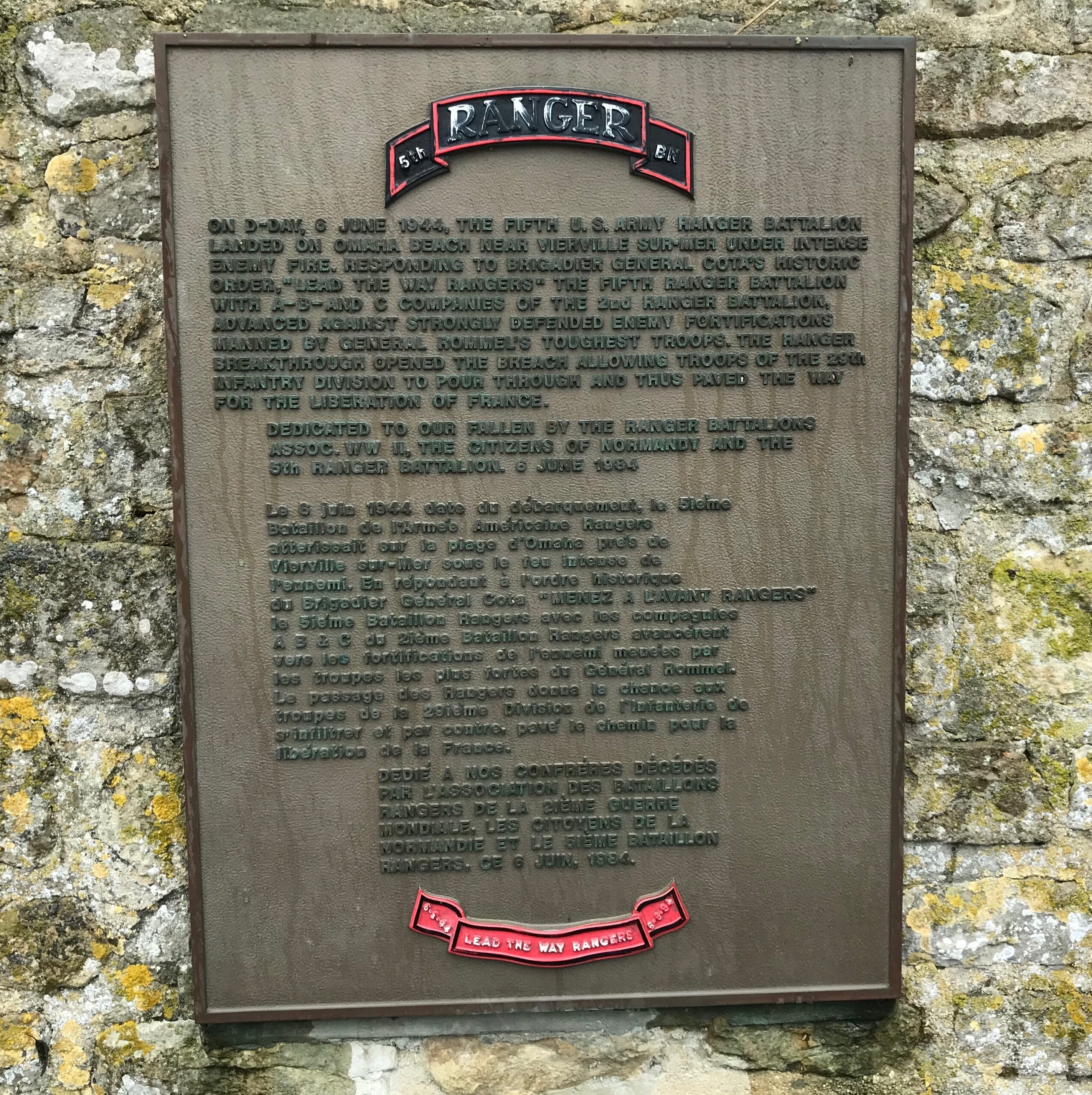