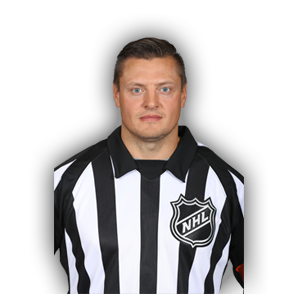 Referee Evgeny Romasko is returning to Russia. The veteran official is heading home to wear the stripes in the KHL after four seasons in North America as a referee in the AHL and NHL.

Romasko officiated 67 NHL games, with his first on March 9, 2015 between the Detroit Red Wings and Edmonton Oilers.

I think that it has been a great period in my life. I tested myself in a strong league and gathered invaluable experience. Now it’s time to apply my knowledge at home.”

Though he’s spent the past four years in North America, the Tver native has remained on the KHL’s radar.

Romasko came to North America on a tryout basis. His first AHL game came on November 17, 2014, working a game between the Norfolk Admirals and Syracuse Crunch. While it was a great oopportunity, it also presented a challenge for the Russian ref, who was splitting time between the AHL and KHL – flying back and forth to work games.

“I started working in the AHL without having signed an official contract,” said Romasko. “Moreover, I was still under contract with the KHL so from time to time I had to get back home and start officiating there too.

Romasko certainly impressed in his limited appearances, as he was offered an AHL/NHL contract for the 2015-16 season.

While he was solo his first year, his family joined him in the US for his second professional season, opting to settle down in Hershey, Pennsylvania, a town centrally located for travel by both air and car – and near that of his mentor Paul Devorski.

Romasko also worked without a translator, spending time studying, taking courses online, and even talking with call center representatives from a cell phone company to practice his English.

“These talks helped me a lot. As a result, I worked very hard and my English became good. There was no other way. I needed to communicate my decisions to coaches, players, and be sure that they would understand.”

“All the communication with supervisors was, of course, in English. I truly had to start understanding everything right away.”

Not only did he have to understand, but he also needed to explain calls — both to the benches and to the fans.

Working hard on communication, it was Romasko’s other skills that landed him the NHL job.

“I have been told, there were three things [that NHL Officiating Management team liked]. First, my experience in the KHL, having officiated almost 300 games. Second, my skating. Third, my rigidity in decision-making. I was followed for a long time and I was scouted at the U18 and U20 WJCs.”

It was all of that which brought Romasko to North America, and it’s all those skills – and more, learned during his tenure – that he’ll bring back with him to Russia.

“It’s an international game and we have a lot of great Russian players,” said Toronto Maple Leafs head coach Mike Babcock, who was behind the Red Wings’ bench for Romasko’s NHL debut. “There’s good refereeing all over the world.

“When you get the chance to referee in the NHL and go back to your country and get the opportunity to make the referees in your country better with your experience,” added Babcock, “it’s a positive thing for hockey.”

Romasko plans to do exactly that. 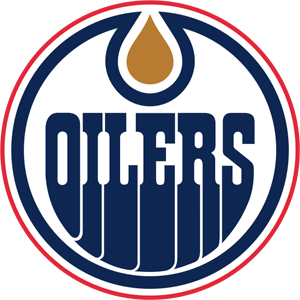