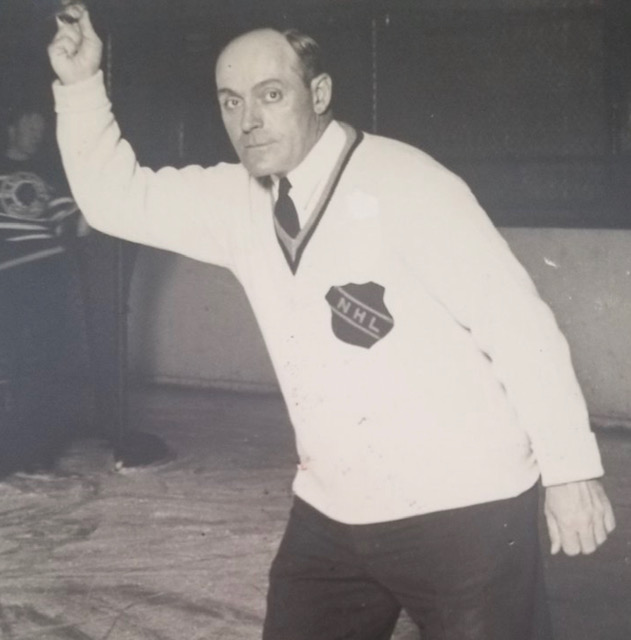 For twenty-two days in late March and early April, 1938, Coach Bill Stewart was the leader of a largely unknown and little regarded group of Chicago Blackhawks hockey players that brought an unexpected Stanley Cup to the Windy City. In doing so, he became the only American developed coach in the history of the National Hockey League to capture hockey’s top prize.

During those twenty two days, Stewart’s underdog Chicago team upset the Montreal Canadiens two games to one, the New York Americans two games to one, and the Toronto Maple Leafs three games to one on the trail to the Stanley Cup. The Blackhawks had barely qualified for the playoffs winning only 14 games, losing 25, and tying nine. Despite that they finished ahead of the Detroit Red Wings in the American Division of the league and qualified for the Stanley Cup playoffs. Among Chicago’s lineup were four players who would later by enshrined in the United States Hockey Hall of Fame: goalie Mike Karakas (Eveleth, MN), forwards Carl “Cully” Dahlstrom (Minneapolis) and Elwin “Doc” Romnes (White Bear Lake, MN), and defenseman Virgil Johnson (Minneapolis). In addition, Vic Heyliger (Concord, Massachusetts) also saw service with the team and would later be enshrined as a college coach. These players formed the core of a team that became the most American oriented to ever win Lord Stanley’s mug.

Stewart had begun his hockey career in 1921 officiating hockey games in the Boston area. His proficiency was such that by 1928 he was appointed a referee in the National Hockey League. He would hold that position until 1941 with time out for his stint as Chicago’s coach. The Fitchburg native had had prior coaching experience at Milton Academy and Massachusetts Institute of Technology during the same time he was officiating college and professional hockey. In 1957, Stewart led the United States National Team to a 23-3-1 record, but the team was prevented by the Sate Dept. from participating in the World Tournament because of the Soviet intervention in Hungary.

Bill Stewart was also well known as a baseball umpire serving in the National League from 1933 to 1954. During this period, he umpired the 1933, 1937, 1948, and 1953 World Series. But to hockey people, he will be remembered as the man who blazed the trail for NHL American Coaches, Herb Brooks and Bob Johnson.