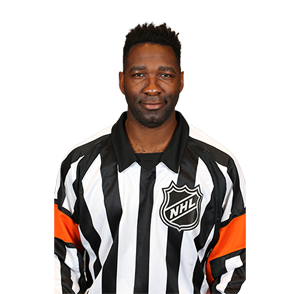 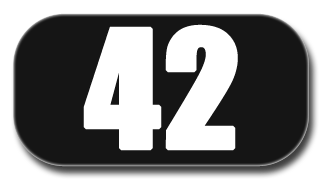 Jordan, born in Hartford, CT is a former professional hockey player who traded in life as a 2-way forward to serve the game as a Referee. As a prospect, following two successful seasons with the Waterloo Blackhawks of the USHL, he was selected in the 2009 NHL Entry Draft by the Atlanta Thrashers in the 7th round (#203 Overall).

The former forward graduated from Quinnipiac University in 2013 earning a Bachelors in Broadcast Journalism and a Masters in Sports Media (14′) all while competing for the Bobcats nationally ranked Men’s Ice Hockey Team where he tallied 104 points (50g-54a) in 148 NCAA games.
On July 9th, 2014 following his senior season Samuels-Thomas was traded from the Winnipeg Jets to the Buffalo Sabres who would go on to sign the power forward the next day. Samuels-Thomas spent the next four seasons playing in the American Hockey League for The Rochester Americans, Ontario Reign, and two seasons with the San Diego Gulls where he was awarded the IOA/American Specialty Man of the Year for his outstanding contributions to the San Diego community. Jordan skated in 195 Regular Season AHL games
After his time in the AHL, Samuels-Thomas took a European tour for the next couple seasons, playing in the top leagues in Germany (DEL), Austria (EBEL), and Czech Republic (Extraliga). Returning back to North America for the 2019-20 Season where he was selected as an ECHL- All-Star as a member of the Worcester Railers before finishing the season in Germany (DEL2). Samuels-Thomas also worked as an NHL Analyst at the Athletic between 2018-2020 seasons.
Jordan officially retired from hockey in March 2020, and turned his sole focus into officiating in pursuit of reaching the NHL. He took this time to reach out to current and former NHL officials for guidance as to how he can develop his skills as an official and to learn from their experiences. No different than his playing career, Jordan was willing to whatever it took to skate in the NHL.
After a full off-season of training with forner NHL Referee Mike Leggo, Samuels-Thomas made his officiating debut in the fall of 2020 as a referee in the United States Hockey League almost 11 years after he played in the league as an NHL prospect. Samues-Thomas would work between the USHL and NAHL before getting the opportunity to work in the American Hockey League for the 2020-2021 season. Samuels-Thomas made his AHL officiating debut in a game between his two former clubs the San Diego Gulls and Ontario Reign.
In the summer of 2021 following a successful season in the AHL, Jordan received the call from the National Hockey League to serve as a contracted minor league referee, completing yet another ‘full circle’ moment of the young officials career as he attended his first NHL officials training camp in Buffalo, NY, the same city he attended his first NHL training camp as a prospect seven years before.